A day after winning the run-off, Colom urged all Guatemalans to unite behind his plans to reduce poverty and end ethnic divisions.

“We will work to attain a national brotherhood with our 23 indigenous groups,” he said on Monday. “This will be a great opportunity to unify the country.”

Colom, of the centre-left National Unity of Hope party and an ordained Mayan minister, said he would ask the Mayan Elders National Council, a group of spiritual leaders, for guidance.

In a concession speech on Sunday night, Molina, who ran on a tough anti-crime platform, pledged to be “a constructive opposition” and work together with the new government to fight crime. 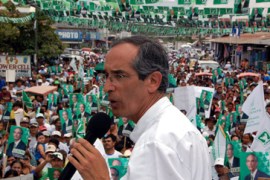 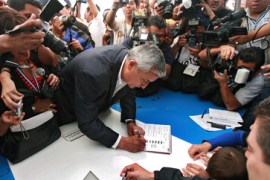 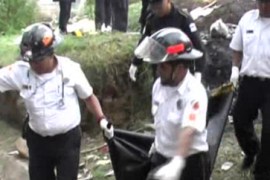