“This is a movement by those of us who oppose a change to this country’s way of life, because what [the referendum] aims to do is impose totalitarianism,” said Elias Matta, a former legislator.
“There can’t be a communist Venezuela, and that’s why our society is reacting this way.”
The rally marked the close of the opposition’s campaign against the proposed constitutional changes, which will be submitted to a vote on Sunday.
Chavez plans to lead rallies in favour of the reforms on Friday.
Proposed changes
Venezuelans will vote on 69 proposed changes to nation’s 1999 constitution that would, among other things, eliminate presidential term limits, create forms of communal property and give greater power to the presidency.
Chavez denies that the proposals are a bid to seize unchecked power, saying the constitutional overhaul is necessary to give more of a voice to the people through community-based councils.

Rallies for and against the amendments have surged across this South American country in the run-up to the vote, occasionally leading to clashes, but there were no immediate reports of violence on Thursday.

Chavez’s ex-wife, a critic of his administration, said the political strife in Venezuela had turned it in to “time-bomb,” given the polarisation and the amount of guns on the streets.
“The gun powder is spread, and all it needs is a detonator,” said Maria Isabel Rodriguez in comments to Colombia’s Caracol Radio.
On Wednesday, hundreds of stone-throwing students clashed with police and the Venezuelan National Guard in a protest against the constitutional overhaul.
Security forces responded with water cannons and tear gas.
Opposition leaders appeared confident on Thursday that they had enough votes to defeat the referendum.
Al Jazeera’s Mariana Sanchez, reporting from Caracas, said many feared their property might be expropriated by the government and their children’s education controlled by the government under the proposed charter changes.
Henrique Capriles, mayor of the Caracas borough of Baruta, said even some people who supported Chavez were against the constitutional changes.
“If there is transparency, whatever the result, we will recognise it,” Capriles said.
But he warned, “We won’t put up with a fraudulent process.”
Source : Al Jazeera, News Agencies 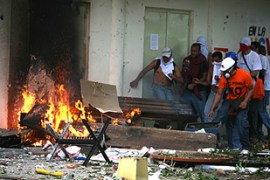 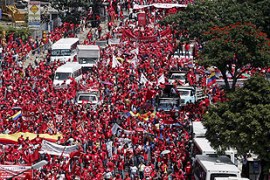 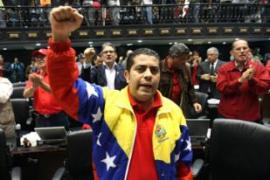 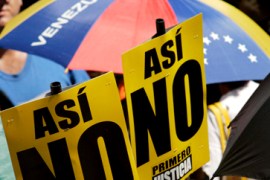