He continued: “I remind you that the American tide is receding … and that US troops will go home beyond the Atlantic to leave neighbours to settle their problems.
“Involved in this war, you did not abide by ethics of war as most of the war victims were women, children and civilians.”
Europe ‘follows’ US
“I am responsible” for the attacks on New York and Washington on September 11, 2001,” bin Laden continued.
The US had “insisted on invading” Afghanistan even though it knew Afghanistan was not behind the attacks, and added that “Europe walked behind it,” he said.
A Nato force composed of troops from the US and Europe has operated in Afghanistan since a US-led military invasion in 2001.
Nazanine Moshiri, Al Jazeera’s correspondent in Afghanistan, said the country’s government rejected bin Laden’s statement.
“The Afghan government’s response to this is that Osama bin Laden has no right to tell a sovereign country like Afghanistan what it should do or what its people should do,” she said.
“The national security adviser spokesperson told me that the Afghan people chose to have the international community here.
“The government says it is al-Qaeda terrorists and the Taliban that are killing civilians and troops… the government’s comments will please Nato.”
Nato criticised
However, Ahmad Shah Ahmadzai, a former Afghan prime minister, told Al Jazeera that he agreed with bin Laden’s assertion that Western nations should leave the country.
“There is no progress towards the rehabilitation and reconstruction of Afghanistan. Instead [Nato is] killing our civilians and the situation is deteriorating.
“The presence of the Nato forces is no longer in the interests of the Afghan people.”
Ahmadzai said the Afghan government should enter talks with the Taliban and other opposition groups rather than rely on Nato assistance.
“It looks like the opposition is getting stronger and stronger and the government and Nato forces are getting weak,” he said.
Source : Al Jazeera, News Agencies 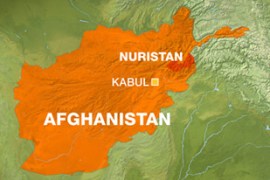 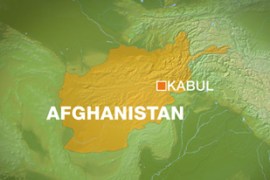