The so-called conference in Istanbul of “neighbours” of Iraq was meant to focus on security inside the country.

But it has been overshadowed by tensions between Turkey and Iraq over the ongoing attacks by the PKK.

Condoleezza Rice, the US secretary of state, has urged Ankara to show restraint.

She has expressed fears that an incursion by Turkey into Iraq would destabilise the region and complicate the US mission there.

But Turkey is growing increasingly impatient at what it sees as US ‘foot-dragging’ over the PKK issue.

“This is where the words end and action needs to start,” said Ali Babacan, the Turkish foreign minister.

No major announcements are expected during Rice’s visit, partly as she is seen as not wanting to upstage a meeting on Monday in Washington between Tayyip Erdogan, the Turkish prime minister and George Bush, the US president.

“For some concrete steps [on the PKK], we are still focused on the meeting between Bush and Erdogan on November 5,” a Turkish diplomatic source said.

Diplomats have also said that a declaration after Saturday’s meeting was likely to include a condemnation of all terrorism and applaud bilateral arrangements between Iraq and its neighbours.

Rice, Babacan and Hoshiyar Zebari, Iraq’s foreign minister, are set to hold talks on the sidelines of the conference to discuss a strategy to fight the PKK, and Rice has labelled a “common enemy”.

According to Dabbagh, Nuri al-Maliki, the Iraqi prime minister, had a “very positive plan” he would introduce on Saturday regarding the PKK.

She said: “We are yet to find out just what these plans are, but the Iraqi government’s main priority is to improve security and stability inside Iraq.”

“It is the violence in the cities in Iraq that are killing Iraqis – not the PKK.” 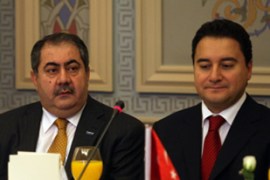 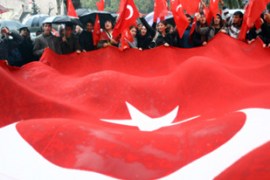 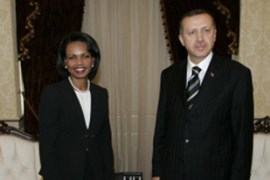 Rice: ‘PKK an enemy of the US’

Tensions between Ankara and Baghdad loom over talks aimed towards stability in Iraq. 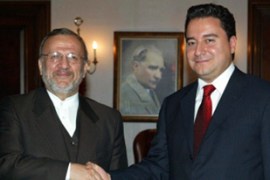