He also complained that he had been denied free access to a lawyer during the five days that he spent in a Moscow prison for taking part in the rally during the weekend.
‘Fear and repression’

Kasparov, who leads The Other Russia coalition of opposition groups, vowed to continue fighting Putin’s policies and accused him of resorting to fear and repression ahead of parliamentary elections on Sunday.

“I’m undeterred in my resolution to fight this regime,” he said in front of his home, surrounded by a few supporters.

“Fear is the only chance this regime has to survive.”

The US and European governments had criticised Russian authorities for jailing the 44-year-old on Saturday when  police broke up the unauthorised anti-Putin demonstration in Moscow.

Mikhail Gorbachev, the former Soviet president, said the imprisonment was a “disproportionate measure”, according to RIA Novosti state news agency.

About 200 people were detained on the following day during protests in St Petersburg ahead of the elections that Putin’s United Russia party is set to win.

But Kasparov added that police had warned him that he would face a more serious charge of inciting extremism if he again challenged authorities with his opposition activities.

The opposition leader said he planned to file a suit for violation of his constitution rights by the authorities.

Kasparov, who was briefly detained and fined for taking part in another rally in April, urged opposition parties to unite ahead of the parliament vote.

Putin is barred from running for a third term but he has said that a strong victory by his party on Sunday will give him a mandate to retain some role in politics after his term ends in March.

In a televised address, Putin on Thursday warned Russians to to back United Russia, warning that the liberal opposition would return Russia to  the “humiliation, dependency and disintegration” it suffered after the 1991 Soviet collapse.

The 55-year-old Kremlin leader warned against the “dangerous illusion” of believing his legacy was safe.

The Other Russia coalition has announced plans to hold a demonstration on Monday, the day after the parliamentary vote.

The group is not fielding candidates in the elections to the State Duma lower house of parliament, having failed to meet the strict requirements under electoral law to register as a party.

Amnesty International has accused Russian authorities of “systematic repression” in the run-up to the elections and had demanded the immediate release of Kasparov. 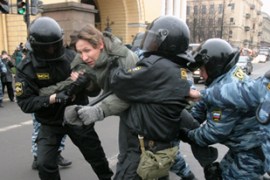 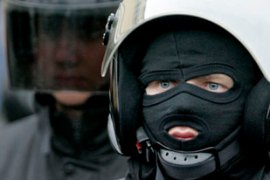