“The shortage of appropriately qualified scholars … means it is common for individual scholars to hold positions on the sharia supervisory boards of a number of Islamic firms,” the FSA said in a report on the industry in the UK on Wednesday.

“This raises concerns over the ability of sharia supervisory boards to provide enough rigorous challenge and oversight,” the FSA said.

The UK is keen to attract more Islamic businesses and has passed legislation catering to the industry.

Islamic law bans the receipt of interest, and investments in industries such as alcohol, gambling and pornography.

Islamic finance is based on the principle of sharing risk and reward among all participants of a venture.

The FSA also highlighted ambiguity in the definition of the role of sharia scholars – advisers or directors – which could make it more difficult for Islamic firms to gain regulatory approval.

If scholars are seen to be influencing the management of a firm, their competence to do so would have to be reviewed under British law and their position could be classified as an executive director, rather than as an adviser.

This could lead to “significant” conflict of interest if the a scholar is a member of several sharia boards, the FSA said.

The regulator has approved licences for three wholly Islamic banks to date, it said.

Conventional banks which have Islamic operations, known as Islamic windows, do not require separate authorisation.

A lack of globally accepted sharia standards also poses a challenge and differing interpretations of Islamic law mean a product’s sharia approval must be carefully explained, the FSA said.

Other hurdles to the industry’s growth include a lack of sharia-compliant risk-management tools, and little performance history in times of market downturn.

About three per cent of Britain’s population of 60.6 million are Muslim, but take-up of Islamic financial products – offered by about 10 institutions – has been slow, the FSA said.

Demand may have been overestimated, or recent regulatory amendments to clear hurdles to Islamic finance may not yet have taken effect, the FSA said. 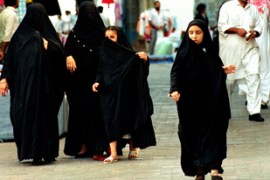 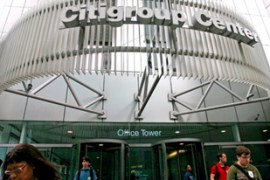