‘Mission in jeopardy’
Guehenno, undersecretary-general of the UN, told the security council that if discussions with the Sudanese government do not improve, members will have to decide whether to deploy a force “that will not make a difference”.
Guehenno said if Khartoum continues to obstruct, the peacekeeping force will not be able to defend itself and risks humiliating the United Nations and failing the people of Darfur.
He said the Sudanese government has shown lack of co-operation, despite assuring Ban Ki-Moon, the UN secretary general, that the government would facilitate the deployment of the so-called hybrid force.
Guehenno cited Khartoum’s refusal to confirm the composition of the force, its failure to give the force permission to fly at night and to authorise the deployment of helicopters.
Sudan denial
Abdelmahmood Abdalhaleem Mohamed, Sudan’s ambassador to the UN, has said that his government had “done everything” to fulfil land and logistical commitments.
He accused the UN-AU team of “dramatising small administrative and technical issues” and “giving the council a horrible picture about Sudan’s co-operation”.
“You can achieve a lot through dialogue and engagement rather than threats,” Mohamed said.
“Things should be done through consultations, through transparency, through dialogue. We are open for that” he added.
Guehenno appealed to UN member states to provide 24 critically needed helicopters for the hybrid force.
He warned that if there are no offers by early next year, the council might have to consider options “to mitigate the lack of air mobility”.
Mounting criticism
Sudan had for months resisted a push for UN peacekeepers to replace the ill-equiped 7,000-strong AU force which is currently in Darfur.
Omar al-Bashir, the Sudanese president, agreed in June to a AU-UN peacekeeping plan without preconditions.
The force is expected to take over in January 2008.
The UN security council agreed, at Sudanese insistence, that the force would be predominantly African.
Guehenno criticised Khartoum for blocking the inclusion in the force of certain non-African units, like from Thailand, Nepal and Nordic nations.
Sudan also wants the Status of Forces Agreement with the AU-UN force to include provisions on communications and the movement of troops and personnel.
This would “make it impossible for the mission to operate”, Guehenno said.
Impediments
One proposal would allow the government to temporarily disable the communications network in case of security operations to protect the country’s sovereignty.
The other would require the AU-UN force to provide “advance notification to the government for all staff, troop and asset movements,” he said.
Mohamed denied the accusations levelled at the government.
He said the Status of Forces Agreement is still being discussed, and that 98 per cent of the proposed force had been accepted.
He argued that African troops, including an Egyptian special forces unit should be included in the hybrid operation.
More than 200,000 people have died in fighting in Darfur in the past four years. Famine and diseases have left another 2.5 million homeless.
The government signed a peace agreement with one rebel group in May 2006.
Bleak outlook
Other rebel groups have refused and many have since split into different factions, complicating prospects for a political settlement.
Jan Eliasson, the UN’s chief mediator, told the security council he hopes that “two or three groups of movements” will emerge instead of the numerous factions.
The UN will meet key regional players including Egypt, Eritrea, Chad and Libya in Egypt on December 4 to determine the course ahead.
However, Eliasson expressed concern at deterioration in the region.
He said that inter-tribal conflicts over land and water resources continued, whilst anger among displaced Sudanese is rising and villages are being reoccupied.
Access for humanitarian workers also continues to be impeded, he said.
Source: News Agencies 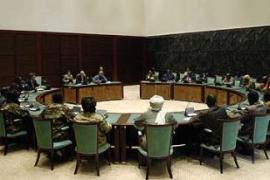 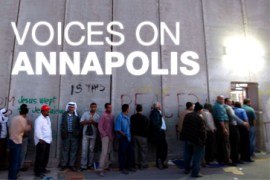 The perspective from the street

Israelis and Palestinians tell us what they expect from the talks. 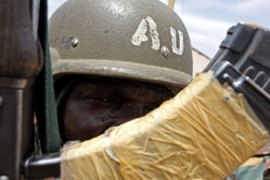 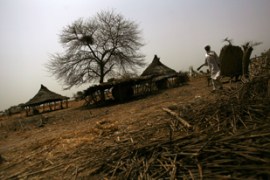