Brammertz said the inquiry team had found apparent links between some people under investigation.
“In addition to the progress made in linking various persons of interest to the commission of the crime, the commission has also established links between some of these persons,” he said.
Final report
Brammertz said the investigating commission also confirmed that “operational links may exist” between the perpetrators of 18 other targeted assassinations and bomb attacks in Lebanon.
The report was issued just after the Security Council approved Brammertz’s nomination to lead the Yugoslav war crimes tribunal in the Hague, Netherlands.
Daniel Bellemare, a former Canadian prosecutor, has been selected by Ban Ki-moon, UN secretary-general, to head the al-Hariri probe.
Investigators have confirmed that al-Hariri and 22 others were killed by a single blast from a van packed with 1,800kg of high explosives.
The investigators say that a single male was most likely to have carried out the actual attack.
Brammertz has not confirmed the view of Detlev Mehlis, the investigation’s first chief, that Syrian and Lebanese intelligence services were involved in the attack.
Four Lebanese generals have been under arrest for almost two years for alleged involvement in the murders.
Syrian ‘co-operation’
Syria has consistently denied involvement in al-Hariri’s killing but withdrew its troops from Lebanon in April 2005 after widespread protests by Lebanese civilians in the wake of al-Hariri’s death.
The Syrian pullout brought an end to 29 years of involvement by Damascus in Lebanon.
Brammertz said in Wednesday’s report that Syrian co-operation with investigators “remains generally satisfactory”.
He said the commission had made 11 requests for information to Syria in the last four months, bringing the total to 68 since January 2006.
The investigator also said “encouraging” progress had been made towards conclusions on the type of explosives used, the van, and the individuals involved in the surveillance on al-Hariri.
The commission had also investigated al-Hariri’s leadership in the Sunni community, as a potential factor in a motive for his killing.
Source: News Agencies 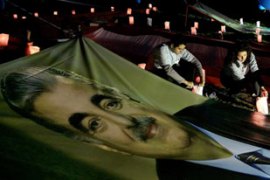 The Netherlands says the costs for the tribunal still needed to work out. 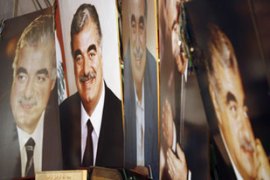 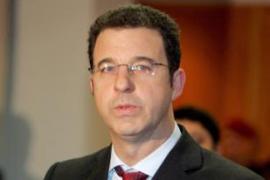 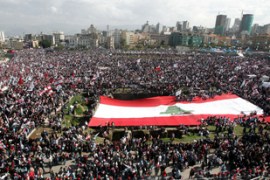