The meeting, taking place behind closed doors, is being led by the so-called troika of European Union, Russian and US mediators.

Wolfgang Ischinger, the EU mediator, said that the three-day meeting was the last chance for all parties to reach a solution.

The troika’s mandate would end once the report had been submitted and there would be “no possibility for further negotiations,” he said.

Both Belgrade and Pristina spoke of their goodwill and flexibility ahead of their talks, but at the the same time they reiterated their entrenched positions.

“We are coming with goodwill to achieve a compromise solution,” Boris Tadic, Serbia’s president, said before adding: “We are not going to accept independence for Kosovo.”

The mediators must submit a report on Kosovo’s future to Ban Ki-moon, the UN secretary general, on December 10.
Hashim Thaci, who is set to succeed Ceku after his party won elections on November 17, has said Kosovo is ready for independence.
The predominantly ethnic Albanian province has been under UN administration since 1999 following a NATO bombing campaign to stop a Serbian crackdown on its ethnic Albanian majority.
It has threatened to make a unilateral declaration of independence if talks fail.
Autonomy offered

Belgrade, backed by Russia, has rejected such a notion, instead offering Kosovo a wide autonomy within Serbian territory.

Russia opposes any solution that is not acceptable to both sides whilst the United States has said it would recognise an independent Kosovo.
Thaci has insisted that an independence will “bring peace and stability in the region”, but Tadic has warned that it would do exactly the opposite.
“We are going to do everything that is in our power to avoid this scenario,” he said.
In an interview with the Russian daily Kommersant, Vuk Jeremic the Serbian foreign minister said: “Frankly speaking, there is little chance” for a compromise.
The European Union, currently headed by Portugal has called for a united position among the 27-nation bloc in the event of a unilateral declaration of independence.
The EU however remains divided, with countries like Cyprus, Greece and Spain concerned about a precedent that might encourage separatist movements at home.
Source: News Agencies 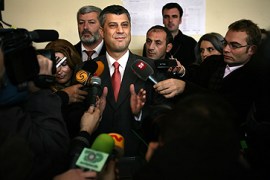 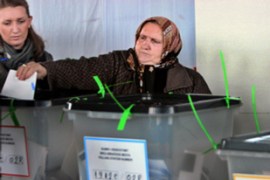 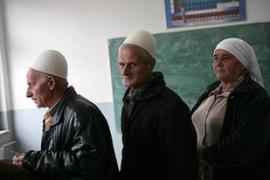 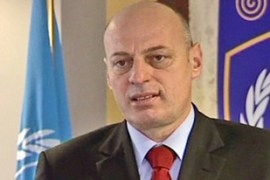