Cheney, who had gone to see doctors because of a lingering cough from a cold, was found to have “atrial fibrillation, an abnormal rhythm involving the upper chambers of the heart,” Megan Mitchell, his spokeswoman, said earlier on Monday.

He went to the hospital later in the day for the outpatient procedure.

Atrial fibrillation is a disorder becoming increasingly common. The heart’s two small upper chambers quiver instead of beating effectively and blood is not pumped out completely, so it may pool and clot, putting the person at risk of a stroke.

Cheney, a close aide to George Bush, the US president, has had a history of heart problems.

He survived four heart attacks before he became vice president. The last one, shortly after the November 2000 election, was considered mild.

More recently he was treated for a blood clot in his leg that was discovered after a trip to Asia and the Middle East.

He underwent quadruple bypass surgery in 1988 and he has also had angioplasty to reopen a partially blocked artery. 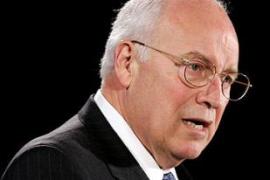 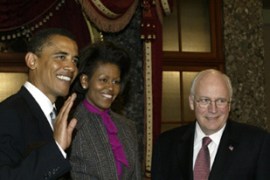 Obama and Cheney are ‘cousins’

Democratic candidate and Republican vice-president are revealed to be related.