The prime minister-elect’s policy on Kyoto leaves the US isolated as the only Western country not to ratify the pact.

The US is the world’s largest emitter of carbon dioxide while Australia is the worst polluter per capita.

Rudd’s plan for the phased withdrawal of Australia‘s 550 combat troops from Iraq could also test Australia‘s tight relations with the US.

Among congratulatory messages from foreign leaders over the weekend, Rudd took a phone call from George Bush, the US president.

He declined to give details of the conversation but said he planned to visit Washington next year.

Rudd entered a second day of meetings on Monday with senior bureaucrats and advisers about taking over the levers of power after sweeping elections on Saturday.

He is to meet freshly elected members of parliament from his Labor party on Thursday to choose his ministerial team, which is then expected to be sworn in by Michael Jefferey, the governor-general, within a few days.

The government is in caretaker mode until then.

Meanwhile, questions remained over who would lead the coalition that lost the election, as the new opposition.

John Howard, the outgoing prime minister, looked likely to lose his place in parliament while his nominated successor, deputy Peter Costello, made the surprise announcement on Sunday that he did not want the job.

Malcolm Turnbull, the former environment minister, and Tony Abbott, the former health minister, said they would contest the position of opposition leader.

The counting of ballots was still under way on Monday, with only the size of Rudd’s emphatic win to be confirmed and a handful of closely fought districts to be decided.

Among them was the Sydney suburban district of Bennelong, held by Howard for the past 33 years, leaving Australia‘s second-longest serving leader faced with the ignominy of losing not only the government but also his seat in parliament.

Howard acknowledged on Saturday that “it is very likely to be the case that I will no longer be the member for Bennelong”.

Labor’s Maxine McKew, a former television presenter, holds a slight lead over Howard and counting is expected to go down to postal votes. 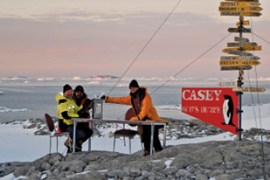 PM-elect is determined to strengthen ties with the ‘international community’. 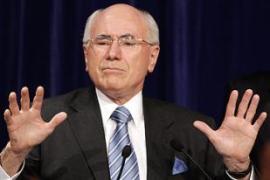 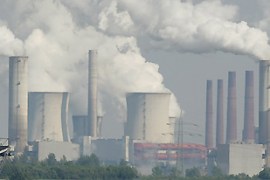 Study finds per capita carbon dioxide emissions more than US and China.