No one immediately claimed responsibility for the attacks, but police said they suspect the United Liberation Front of Asom (ULFA), a group that has been fighting since 1979 for an independent homeland in the state.
Planned protests
“We believe the ULFA is responsible for these blasts and is trying to demonstrate its strike potential ahead of its planned protest day on Tuesday,” Chandranathan said.
The ULFA marks November 27, the day when the Indian government outlawed the group in 1990, as a day of protest.
It says Assam’s indigenous people – most of whom are ethnically closer to groups in Myanmar and China than to the rest of India – are ignored by the federal government in New Delhi, some 1,600km to the west.
It accuses the Indian government of exploiting the northeast’s rich natural resources.

On Saturday, a tribal rights rally in Gauhati turned violent, leaving at least one person dead and more than 200 others wounded, officials said on Sunday.

Police had initially put the toll at six, and no reason was given for the change.
“Only one person has died so far, although the condition of nearly 10 of the 212 injured people admitted to various hospitals in the city is critical,” Himanta Biswa Sarma, a senior government minister, said on Sunday.
Ethnic Adivasis, who make up the majority of the workers on tea plantations in Assam, were marching to demand the government recognise them as a separate tribal group.
There are over 800 tea estates in Assam which produce almost half of India’s nearly 1 million tonnes of tea a year.
There were no reports of fresh clashes on Sunday.
Source: News Agencies 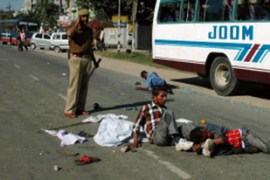 Many dead in India protest 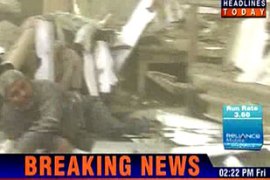 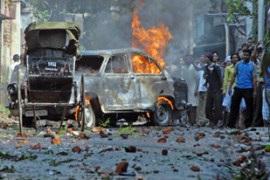 Soldiers deployed for first time in years to suppress unrest in a major Indian city.