As the standoff between the US-supported government and the Syrian-backed opposition continues,  residents in Beirut, the Lebanese capital,  talk of their hope for an end to the political crisis in the country.

“It doesn’t matter who the person is. We want a good president who can save the country.

We don’t want automatic weapons against our neighbours here.

We need freedom, schools, retirement care, medicine for our children.

There are 18 sects here, and we need someone who is not going to do things just for his own agenda.

If Lahoud [Lebanon‘s current president] does not leave the palace, someone here will pull him out.”

“I don’t know who should be president but I only support someone who is acting in the best interests of Lebanon.

Our work here has suffered with all the political problems and I have lost trade.

They have to reach a solution, or it could be terrible for us all.”

“I support Amin Gemayel for the presidency and I am a supporter of the March 14 Forces.

Amin is moderate and comes from a Christian family that has given everything to the Lebanese cause. 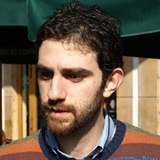 “There will be no president and no elections. I support the March 14 Forces but nobody can predict what will happen.

The Syrians are still involved in Lebanon’s internal politics.

I would like to see Samir Geagea [leader of the Christian Lebanese Forces, part of March 14 Forces] become president but he is not on the list.” 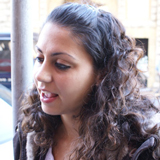 What they are doing is not good democratic behaviour and the politicians are not acting in the best interests of ordinary people.”

“[With regard to] the political battle here, people in Lebanon are tired. They don’t want to hold guns and they don’t want another war.

The only temporary solution is for president Lahoud to leave office when his term expires and hand control to the army.”

“Rafiq al-Hariri died, but he is not the only Lebanese person to be killed. Hundreds of army soldiers died at Nahr al-Bared – are they not also Lebanese?”

“We can only hope that everything works out okay and that we get a president who is good for the country.

I’m not really concerned about who gets the chair as long as they can provide some stability for us.