South Africa and Namibia “will determine their participation in the agreement in the coming days,” the Commission said in a statement.

South Africa already has a separate trade deal with the EU.

The European Commission has set a deadline of December 31 to formally sign EPAs with the six regions of the African, Caribbean and Pacific Group (ACP) of countries.

Peter Mandelson, the EU trade chief, has said the new deals will help the nearly 80 ACP countries to develop regional economies of scale that will attract foreign investment, helping them break their reliance on basic commodity exports.

But development campaign groups have said the deal is unfair for ACP countries, as their economies would be opened up to too much competition from the EU.

As a result, according to Oxfam, such deals will undermine poverty reduction in these countries.

Luis Morago, head of Oxfam International’s office in Brussels, said on his group’s website that “ministers must take this opportunity to raise the alarm on these potentially devastating free trade deals before they slip under the radar.

“Exporters to the EU don’t know what will happen in 2008 and this uncertainty is putting jobs at risk.

“Across Africa, livelihoods depend on exports to the EU: the horticulture sector in Kenya alone supports 500,000 people. How will threatening these people help development?”

Elly Twineyo, the executive director of African centre for trade and development in Uganda, said that these agreements “will crumble our industries and agricultural production”, in the country’s Daily Monitor newspaper earlier this month.

Nathan Isumba, the chief executive director of Seatini, an African trade NGO in Uganda and Zimbabwe, said the EU is not operating within the trade rules of the World Trade Organisation (WTO), which upheld fair trade among countries.

“Having trade with EU means that we must substantially liberalise our market and this comes with investment and competition that will constraint our development,” he said in the Monitor.

“The Commission has unfortunately turned a deaf ear [to us]. We cannot afford to mortgage out future,” he said in the Financial Times on Monday.

Brussels has been accused of bullying by using threatening tariffs on key products such as flowers, and revoking a decades-old protocol setting minimum prices for sugar from some ACP countries, which would be replaced by EPAs. 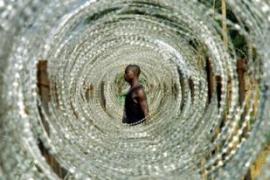 Africa aid swallowed up by conflict

Report says cost of conflict in 15 years equal to $284bn in aid sent to continent.