Eight years after Serbian forces and ethnic Albanian fighters fought a bitter war over Kosovo, the province has been preparing for the third elections to its national assembly.

Ethnic tensions between the two groups dominate discussions over the future of the province, which has been administered by the UN since the 1999 conflict ended.

Al Jazeera travelled to the town of Lipjan, just outside the capital Pristina, to find out how Kosovans feel about the forthcoming polls and the possibility of independence from Serbia.

I will vote on Saturday because it is my duty to vote, it is really important for us. 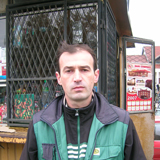 All the parties in their programmes have mentioned independence and so I think that it will come for sure.

What I think is that the negotiations between the Serbs and Albanians will not bring a compromise.

But our politicians are saying they will declare independence without asking the Serbs.

It depends on the international community.

The Serbs have to go on Saturday and vote for their institutions.

They should not let Belgrade decide their future. Belgrade is only interested in the territory of Kosovo, not the future of the Serbs that live here. 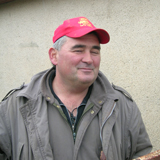 I don’t know whether I will have the time to vote or not.

I cannot say whether anyone in my family either will vote on Saturday.

I think independence for Kosovo would be okay.

We are already living together, we are neighbours and we talk. 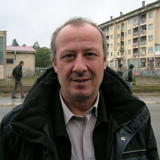 It is very important for us to vote.

It is important because it will choose the first institutions of an independent Kosovo.

On Saturday we will see who is the better party, this is important after the war.

I am very optimisitic independence will happen.

It will good for all Kosovo.

I do not care about voting. I have work to do and I will not vote.

I am very delighted that I have a good relationship with my neighbours who are Albanian.

I don’t know what will happen about independence.

But I am hoping for a good life for everybody in Kosovo. 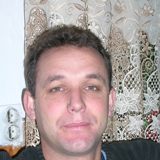 I will vote because it is important.

Everything will be better after independence.

Lots of things are tied in with independence including the economy.

The people will be more happy after independence.