The charter however has been criticised by democracy activists and human rights groups after it emerged that a new Asean agency set up to oversee human rights in the region will not have powers to reprimand wayward members.

In a joint declaration issued at the end of Thursday’s meeting, Asean and EU leaders welcomed the decision of the Myanmar government to step up dialogue with detained opposition leader Aung San Suu Kyi.

They also called for a peaceful resolution to the country’s ongoing political crisis in the wake of a bloody crackdown on anti-government protests last month.

During their closed-door summit, diplomats said the Myanmar foreign minister, Nyan Win, came in for strong criticism from EU delegates.

One unnamed diplomat  told The Associated Press that Nyan Win said the military government was cooperating with the United Nations, but stressed Myanmar‘s political situation was a domestic affair and that others should not intervene.

“I assure you that we will work toward the path of democracy,” the diplomat quoted Nyan Win as saying.

Other diplomats who attended the summit said EU officials reiterated their call to tighten existing sanctions against Myanmar and step up pressure for change.

Meanwhile Singapore‘s prime minister, and the host of the summit, said that the region must move beyond the debate over Myanmar.

“While Myammar is a significant issue, relations between Asean and EU should not be held hostage by it,” Lee Hsien Loong said.

Lee told a news conference that Singapore opposed sanctions against Myanmar, saying they only serve to hurt the impoverished people of Myanmar.

Speaking for the European Union, Jose Socrates, the prime minister of Portugal, which chairs the EU this year, said the bottom line was that that all sides want the same thing.

“We have a common approach; that Myanmar must become democratic and respect human rights,” he said. 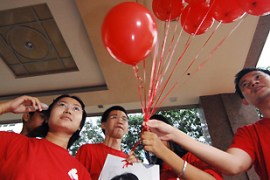 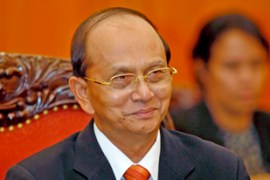 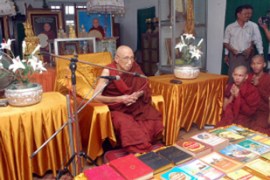