Sunni Arab tribal leaders have been organising young men into local police units, known as concerned local citizens, to drive out al-Qaeda in Iraq.
These have been partly credited for the falling levels of violence in Iraq.

The US military recently launched a crackdown in and around Howr Rajab and encouraged several Sunni Arab men to join the fight against al-Qaeda.

Thursday’s attack came a day after leaflets were distributed in the village warning Sunni Arabs against becoming US allies.

“There will be many battles between us. We will bomb each and every house in the village and chop the heads of people unless they return,” one al-Qaeda leaflet said.

According to Lieutenant-Colonel Ibrahim Abdullah, a police official, in al-Kulaiya villagers from the Shia al-Ambagiya tribe defended themselves and in the ensuing clashes nine people were killed.

“Seven fighters from al-Qaeda and two from the Ambagiya tribe were killed in the gun battle that lasted an hour,” he said.

They were killed in an area controlled by the al-Qaeda-linked Islamic State in Iraq, he said.

Two members of a neighbourhood police unit were killed in the operation and another three were wounded.

Green Zone blasts
Later on Thursday, a series of blasts struck the US-protected Green Zone.
The US military said nobody was killed in the attack, which occurred on the American celebration of Thanksgiving.
About 10 blasts were heard in central Baghdad just before 5pm, and a huge plume of black smoke rose into the sky as the sun was setting.
Source: News Agencies 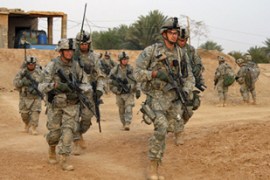 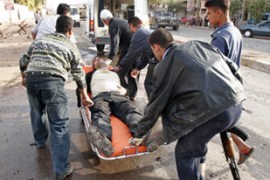 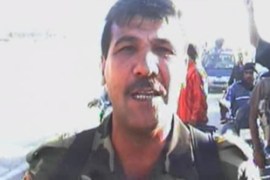