A spokesman for the Islamic Action Front (IAF), the main opposition party and the political arm of the Muslim Brotherhood, told Al Jazeera that irregularities were found across the country.
He said the electoral monitoring system broke down and a lot of unregistered voters were bussed into various stations.
But the government dismissed the claims as baseless, saying the vote was “transparent, free and fair”.
Same complexion
Al Jazeera’s David Chater said the whole electoral system was geared towards maintaining the king’s power base in parliament and whoever got elected, that support for the monarchy would remain.
He said the IAF, despite its complaints, had in fact cut a deal with King Abdullah, fielding only 22 candidates for the 110 seats.
And even with 885 candidates contesting countrywide, parliament would have the same complexion as the last time, with just some new blood in it, Chater said.
Officials said results of the polls would be announced early on Wednesday.
Polls closed at 7pm (17:00 GMT) in 11 of the kingdom’s 12 provinces but officials extended voting by two hours in six Amman districts because of poor turnout.
Low turnout
Chater said the latest estimate of the turnout in Amman was as low as 29 per cent, compared to 54 per cent in the rest of the country, suggesting apathy or disaffection in the capital.
Many of Jordan’s 2.4 million voters cast ballots along family and tribal lines.
“I am voting for my cousin who is a very respected man because I want a good representative of my tribe in parliament who can defend our interests,” said Salem Hiyari at a polling station in the town of Salt, west of the capital.
Jordan’s electoral system strongly favours tribal constituencies over the largely Palestinian populated cities, which are Islamist strongholds and highly politicised.
Tuesday’s vote was the second parliamentary election under King Abdullah, who took the throne in 1999 on a wave of hope he would democratise the country.
Source: News Agencies 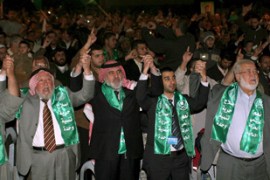 Opposition hints at rigging in poll where tribal loyalties are expected to dominate. 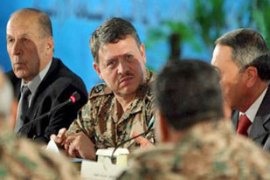 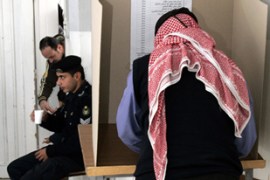