However, Iraq’s foreign minister said a major Turkish military incursion into northern Iraq is now less likely, citing progress made in talks between Ankara and Baghdad.
Hoshyar Zebari said: “I think the danger is still there, to be honest, but we believe the chances of a major invasion are less now, but we are working very closely now with the Turkish government to find [a] reasonable solution for both countries.”
Nato allies
Tuesday’s talks between the US and Turkey follow a meeting on November 5 in Washington between George Bush, the US president, and Tayyip Erdogan, the Turkish prime minister.

At that meeting, Bush pledged more help to Turkey, a Nato ally, in fighting the PKK.

Roughly two weeks later, General Ergin Saygun, deputy chief of the Turkish General Staff, met Petraeus and Cartwright to discuss “co-operation and comprehensive sharing of intelligence in the continuing struggle with our common enemy the PKK”, Turkey said in a statement.

Washington and Baghdad have urged Turkey not to mount a major incursion into mainly Kurdish northern Iraq, fearing this could destabilise the wider region.

Speaking to his ruling AK Party on Tuesday, Erdogan reaffirmed Turkey’s right to stage a cross-border operation if it deemed it necessary, but put more emphasis on political and diplomatic means.

“Nobody should expect emotion from us… This issue has political, diplomatic and military dimensions. Now we are engaged in the diplomatic dimension,” he said.

Analysts say Erdogan’s government is reluctant to authorise a major incursion, especially as winter looms in the mountainous region, but is under heavy public pressure to take firm action and to keep up pressure on Washington and Baghdad to act. 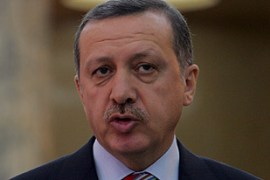 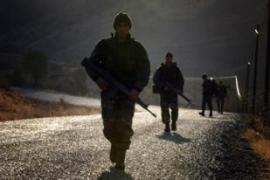