“You cannot say to the public during presidential elections that  … everyone must contribute for the same period, and then give way because the trains aren’t running or the buses are blocked,” he said.
The strikes are costing the country about €300m (US$439.6m) per day.
Public “fed up”

Students on Tuesday disrupted classes in half of the country’s 85 universities, in a campaign against a law giving faculties the right to raise money from private companies.

A one-day strike by the country’s main energy union was also called and newspaper distributors went on strike over planned restructuring.
“The mobilisation will be strong. I am not overjoyed and I know that the French people are starting to get fed up,” Eric Woerth, the budget minister, said.
Paris transit authorities and rail network managers will meet the unions for talks on Wednesday.
Authorities have eased their original position of not talking to unions during strikes.
However, Fillon said rail systems must “progressively restart” before talks are initiated.
The rail strike has been shown to be unpopular with the French public in opinion polls, but there is also an onus on the government to bring them to a conclusion.
The economic reforms, including an overhaul of the system of “special regimes” whereby some people, including some rail workers, can retire despite working over two years less then the norm, were part of Sarkozy’s election campaign promises.
Source: News Agencies 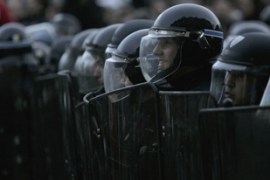 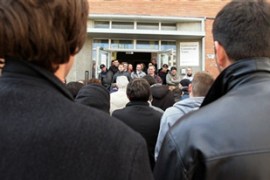