The two country, long at odds over who is to blame for the violence in Iraq as well as over Tehran’s disputed atomic ambitions, held three rounds of discussions earlier this year on how to improve the security situation there.
Ryan Crocker, the US ambassador to Iraq, and Hassan Kazemi Qomi, his Iranian counterpart, held two sets of face-to-face talks on May 28 and July 24, the highest level public contacts between the two sides for 27 years.
Past meetings
The two sides also met at experts level on August 6 but no meeting has been held since then.
All the talks failed to achieve a major breakthrough and were marked by mutual accusations over who was to blame for the violence in Iraq.
Iran says the problems are caused by “occupying” US forces while Washington accuses Tehran of backing Shia fighters and shipping in armour-penetrating bombs for attacks on US troops.
Iran has always denied the charges. “Iran is agreeing to this request in the framework of the policy of helping the Iraqi government and nation and (supporting) stability and security in this country,” state radio quoted Mottaki as saying.
Iraq’s government spokesman last week said it was encouraged by signs of a thaw in ties between Iran and the US over Iraq but that it wanted the two sides to have a “proper dialogue” about the issue.
Source : News Agencies 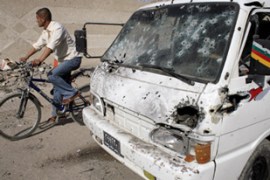 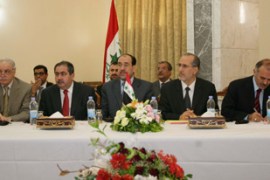