In the town of Arcadia, in the southern Peloponnese, several homes were flooded, and a road and three bridges collapsed after the Alfeios river overflowed, cutting off traffic.

The authorities in Ilia province, which was hit by devastating forest fires earlier this year, were also on alert, but said no serious flooding problems had been reported.

But mudslides had occurred in some areas and rain continued in the region.

Earthworks were recently carried out in the Peloponnese after fires destroyed the area’s protective forest cover, but local officials fear the newly erected defences may not hold.

Yiannis Fousekis, mayor of the town of Falesia, said: “The anti-erosion works cannot stop weather conditions of this magnitude.

“After this summer’s biblical disaster, we’ve now been hit with rain and sleet.” 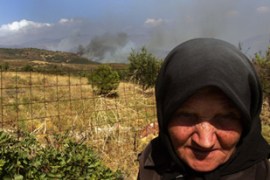 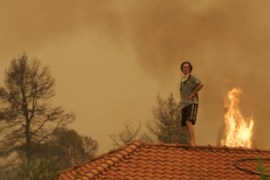 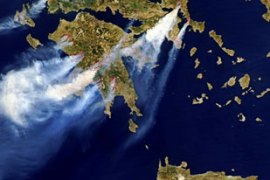