Mystery over the apparent disappearance of Vincent Otti, the second most powerful figure in the Lord’s Resistance Army (LRA), is gripping Uganda.

Ugandan media, quoting government intelligence sources, have said Joseph Kony, the LRA chief, killed his second-in-command about a month ago following a dispute over money and control.

But Norbert Mao, a senior politician from northern Uganda, said he spoke to Otti by satellite phone at an undisclosed location in the remote forests of northeast Democratic Republic of Congo.

“He is only under house arrest because of a disagreement,” Mao said.

They are worried that if he has been killed, it may lead to instability in the north.

Frank Nyakairu, an investigative journalist, has dedicated his career to trying to understand the inner workings of the LRA.

Nyakairu said: “If Joseph Kony has killed Otti as reports are suggesting, it would erode a lot of trust and confidence in him as a rebel leader who is supposed to be interested in bringing peace to Northern Uganda.”

“Otti came across as a man who represented LRA’s views, quite tough and outspoken. If he has been eliminated the way he has, then we can say we do not have a trusted partner in this peace process.”

Otti – regarded as the brain behind the group in contrast to the volatile Kony – was a prime mover behind the LRA joining peace talks that began last year in Juba, southern Sudan, aimed at ending the 20-year conflict.

“There’s a precedent … several senior commanders have been executed after falling out with Kony during the course of the rebellion,” said Matthew Green, author of a forthcoming book on the LRA.

“Any uncertainty about what is going on at the top levels of the LRA is cause for concern, given the kind of leadership struggles that have threatened to split the group in the past.”

Regina, Otti’s 75-year-old stepmother, herself displaced by her son’s fighting, has also become embroiled in the mystery over her son’s whereabouts.

Journalists have decided to turn to a mother’s intuition for leads.

“If he is alive – then I want him to come on the radio so we can all hear him.”

As the mystery over Otti deepens, the International Criminal Court in the Hague has decided to probe the exact reasons behind the disappearance. 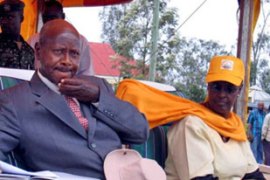 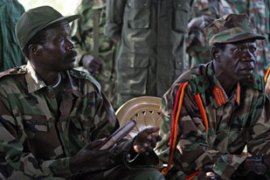