The troops were raiding compounds suspected of housing bomb makers in Garmser when fighters attacked them with heavy fire, according to the statement.

“During one of the engagements, several militants barricaded themselves in a building on the compound and engaged coalition forces with a high volume of gunfire. Coalition forces used a single grenade which killed the attacking militants,” the statement said.

“The building the militants were fighting from collapsed.”

After the clash, troops recovered the bodies of a woman and two children from the collapsed building, along with several fighters and their weapons, it said.

It was not possible to verify the multinational-force claims.

Qari Yousef Ahmadi, a Taliban spokesman, said that only three fighters were killed during the battle and 15 other victims were civilians.

Taliban fighters attacked a police checkpoint in the central Afghan province of Ghazni, killing the officers and wounding two others.
Two Nato soldiers and their Afghan interpreter were killed in a roadside bomb blast on Monday, close to the Pakistani border, that brought to 11 the number of  international soldiers slain in Afghanistan in the past week.

She refused to give further details, including the nationality of the casualties or the location of the blast.

But Farooq Sangari, the deputy provincial police chief of the province of Paktika, said the blast struck a Nato vehicle in  Bermal district and that an Afghan interpreter was also killed.

The attack came three days after six Nato troops and two Afghan  soldiers were slain in an ambush in northeastern Afghanistan.

Elsewhere in the country, four police officers were killed in an ambush on Sunday. 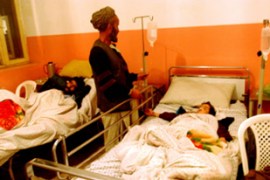 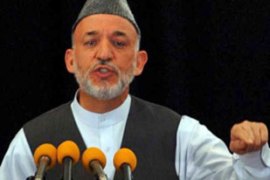