Judge Richard Henriques on Thursday fined the force £175,000 ($364,000) and ordered it to pay a further £385,000 in court costs.
Review promised
Ian Blair, the Metropolitan Police’s chief commissioner, said he would not stand down after the guilty verdict.
He said he would not resign over “the events as the judge described, of a single day in extraordinary circumstances”.
Prosecutors had argued during a four-week trial at the Central Criminal Court, also known as the Old Bailey, that the force had made a “shocking and catastrophic error”.
They said that de Menezes and members of the public were put at risk because police kept him under surveillance while he was on two buses and an underground train before he was shot.

Cressida Dick, the deputy assistant commissioner of police and the officer in charge of the operation which resulted in de Menezes’ death, was cleared by the jury of any wrongdoing.

She told the court she had instructed officers to “stop” de Menezes while they tracked him, but did not order them to shoot him.

Len Duvall, chairman of the Metropolitan Police Authority which oversees the force, said a review would be undertaken to assess how its officers dealt with the situation.

He said the incident highlighted “operational and communication processes which proved to be inadequate when Londoners’ lives were put under threat of terrorist attack”.

Last year, British prosecutors ruled out bringing criminal charges against the officers who shot de Menezes, saying there was insufficient evidence to bring a prosecution. 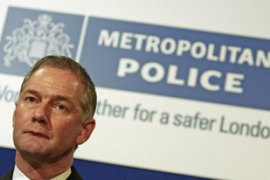 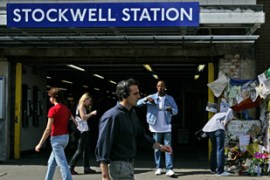 Family of Brazilian shot dead by British police is to appeal against a court ruling not to sue.

A British police officer involved in the fatal shooting of a Brazilian man in London last year has been selected for promotion to one of the most senior policing jobs in the city.

No charges in London metro killing

The London police officers who shot and killed an innocent Brazilian, mistaken for a suicide bomber, will not face criminal charges, prosecutors said.