He said: “The first actual physical acts of disablement will probably be at the end of the week.”

“We are satisfied that we have an overall plan that will be effective and that will provide the disablement that we need.”

After six-party talks held in February, involving North and South Korea, the United States, Japan, Russia and China, the government in Pyongyang agreed that by the end of 2007, it would have disabled its main nuclear facilities.

North Korea has also agreed to fully disclose all its atomic activities by the end of the year and Hill has said that the process of making such a declaration should begin within the next two weeks.

In exchange, the impoverished North will receive 1 million tonnes of heavy fuel oil or equivalent aid.

The United States will also move towards taking North Korea off a US terrorism blacklist.

Hill said he anticipated teams would be at Yongbyon for “the next couple of months”.

“Disablement is not the last stage, I can’t emphasise that enough,” he said.

“We need to get on with the task of actual abandonment of the weaponised plutonium and we also need to dismantle irreversibly these facilities.”

The process has not been without critics.

John Bolton, a former US ambassador to the UN, wrote in an editorial in the Wall Street Journal on Thursday that a “disablement” of the facility would not be the same as the “dismantlement”.

“Let’s see real verification, and leave trust until later,” he wrote, arguing that the US and rest of the world should remain suspicious of North Korea. 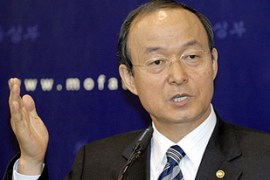 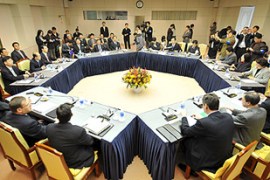 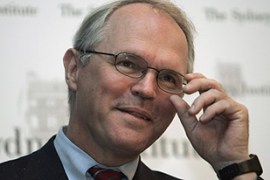