He said that Swat, a valley close to Pakistan‘s lawless tribal belt bordering Afghanistan, has seen a surge in violence since Maulana Fazlullah, a cleric, launched a Taliban-style “Islamisation” campaign in July.

Officers fled the first police station in Swat late on Friday, Sirajuddin, a spokesman for the cleric who leads the fighters, said.

The armed men released personnel who had surrendered but still hold 100 prisoners.

Raising their flag, the armed men took over the police building in what is being seen as an attack on the government of Pervez Musharraf, Pakistan’s president.

No government official was immediately available to comment on Sirajuddin’s claim, which comes a day after Admiral William Fallon, chief of the US central command, met with Musharraf and other officials to discuss the situation.

Government troops backed by helicopter gunships have launched a series of raids on the armed men and the government said it killed about 180 fighters, which pro-Taliban forces denied.

Meanwhile, a Pakistani army spokesman has denied newspaper reports that suggested Fallon had offered to provide US troops to help tackle the fighting in Swat.

“Everyone is aware of our stance on this issue, and the Americans also know it,” Major General Waheed Arshad, said.

Pakistan‘s government has long said it would not allow US-led coalition forces to operate on its soil. 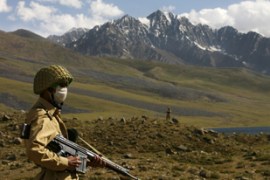 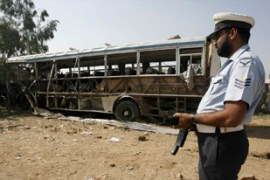 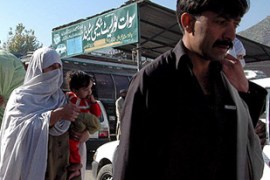 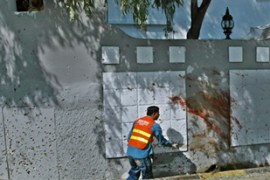