But the “unity team” of ethnic Albanian politicians chose to use them to deliver an uncompromising message, Al Jazeera’s Dalal Azar reported.
Kosovo remains formally part of Serbia, but the province has been run by the UN and Nato since 1999, when Nato bombed Serbia to stop a military campaign against ethnic Albanian separatists.
Continued deadlock
Envoys from the US, the EU, and Russia are trying to broker a deal between Kosovo’s ethnic Albanians – who want full independence from Serbia – and Serbian officials, who oppose any such move.
The dispute is due to be resolved by 10 December, when the envoys are to report to Bank Ki-moon, the UN secretary-general, on the progress of talks between the two parties.
However, there persists deep divisions in the international community on the question of independence.
While the US supports it, Russia opposes the drive, with some EU countries worrying over whether to recognise an independent Kosovo if talks fail.
Their doubts clearly counted for little in London. Sitting next to Fatmir Sejdiu, Kosovo’s president, at a press conference in the British foreign office, Ceku said that while he was seeking international support, his province would make up its own mind about independence regardless of whether the EU backed the move.
No more waiting
“We would like to have the support of all the members of the European Union, but we have made it very clear we are not ready to wait until they all agree to independence of Kosovo,” Ceku said.
“Independence of Kosovo is inevitable and has to happen very soon after 10th December and … we are talking about a couple of days, not weeks not months.”
With the prospect of elections in November and a clear impasse in the talks, Kosovo’s authorities are already tightening security.
Police have increased foot patrols amid threats from both ethnic Albanian and Serb nationalist groups pledging to fight if no agreeable solution is found.
Kosovo’s daily affairs are currently run by local institutions dominated by ethnic Albanians, who make up 90 per cent of the province’s two million people.
Source: Al Jazeera, News Agencies 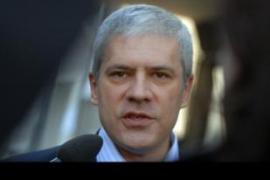 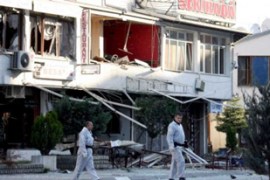 The cause of the explosion is still not known. 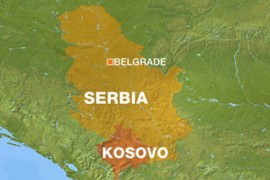 The cause of the explosion is not known. 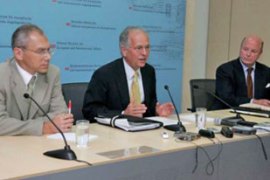