It said new ticketing information would be released on November 5th.

BOCOG said the site was visited eight million times in the first hour of ticket sales, receiving more than 200,000 requests per second.

More than two million people called the telephone hotline in the first hour, it added.

“Demand was much higher than the ticket centre estimated and flaws existed in preparation work that caused inconveniences for applicants,” BOCOG said.

“We sincerely apologise to the public.”

More than seven million tickets will be sold for the Summer Games, to Chinese as well as foreign visitors.

About 2.2 million tickets became available on April 15, but only for those whose names were picked in a lottery.

Preparations for the 2008 Games have proceeded smoothly, albeit with concerns about Beijing‘s notoriously bad air pollution.

The host city has earned high praise from the International Olympic Committee for its venues as well as from athletes after a series of test events over the last few months. 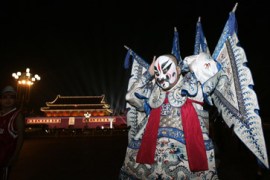