Al Jazeera’s Rula Amin said that a source at Siniora’s office confirmed that they had received intelligence on the alleged plot a few days ago.

Asked whether Assef Shawqat, the director of Syria‘s military intelligence and brother-in-law of Bashar al-Assad, the Syrian president, was behind the alleged plot, al-Hariri replied: “We have information about this, and we’re following up on it.

This is not the first time Lebanon has accused Syria of plotting to assassinate Lebanese politicians, Rula Amin reported.

As the pressure mounts, speculation remains over whether the Syrians will be more flexible over Lebanon’s political direction or accelerate their efforts to undermine the stability of the country, she reports.

Shawqat is among 10 Syrian officials and Lebanese politicians who Washington accuses of undermining Lebanon’s government.

These public figures are all banned from entering the US.

Al-Hariri’s coalition accuses Damascus of orchestrating a series of political killings in Lebanon, which began with his father on February 14, 2005. Syria denies the allegations.

About 40 members of the coalition have moved into a hotel to protect themselves from assassins who have struck against their bloc three times in less than a year.

The last attack came on September 19, when a car bomb killed Antoine Ghanem, an MP who was critical of Syria’s influence over Lebanese politics. 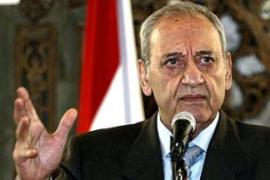 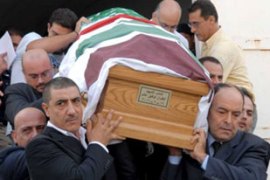 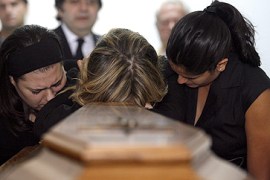