On Monday, King Abdullah had told the BBC that Britain had failed to act on intelligence from his country which could have stopped suicide bombings in July 2005 in British capital.

The bombings, carried out by four young British Muslims, killed 52 people on the public transport system.

“I believe most countries are not taking this issue too seriously including, unfortunately, Great Britain,” King Abdullah said.

His comments have been denied by the MI5, British intelligence agency, and the foreign office.

King Abdullah’s visit, the first by a Saudi monarch in 20 years, has angered some politicians, protestors because of the country’s poor human rights record criticised by groups such as Amnesty International

Saudi Arabia is a British ally in the Middle East, both politically – over Iraq, Iran and counter-terrorism – and commercially as a source of oil and with booming British exports to the kingdom worth $9.1bn last year.

Its commercial links have caused some embarrassment.

Britain‘s Serious Fraud Office last year investigated a $88.9bn arms deal with Saudi Arabia, but the inquiry was called off on the grounds of national interest in December.

Campaign Against the Arms Trade, a British pressure group, held a demonstration on Tuesday calling for the case to be reopened, during the visiting king’s carriage journey with the queen.

A spokeswoman for Brown said he would “raise issues he believes to be appropriate” with the king.

“The government has, where necessary, raised concerns we have regarding human rights but equally we are recognising that there have been developments under way,” she said

King Abdullah is set to visit Italy, Germany and Turkey after leaving London on Thursday. 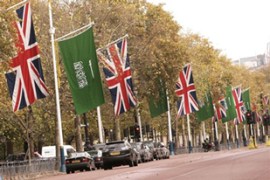 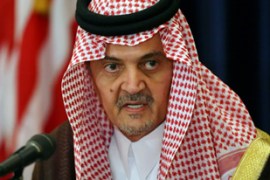 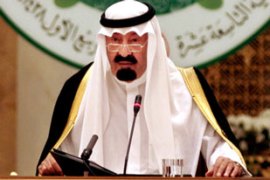