“The attorney general has approved the cabinet’s decision to activate various economic steps,” a statement from the justice ministry said.

“[But] further consideration needs to be given to cutting off electricity because of the humanitarian implications on the civilian population.”Earlier on Monday Israel‘s supreme court told the government it has until Friday to justify its planned embargo on Gaza after a petition from 10 human rights groups.

However the court rejected a demand by Israeli and Palestinian petitioners to freeze implementation of the sanctions.

Israel has begun to reduce fuel supplies which defence officials said would be cut by up to 14 per cent, depending on the type of fuel.

The planned sanctions were met with international condemnation.

Ban Ki-moon, the UN secretary general, called the “punitive measures” against the Gaza Strip “unacceptable” and urged Israel to reconsider its actions.

The criticism was echoed by Russia. A statement from the foreign ministry condemned the “isolation” of Gaza and insisting the measures would do little to combat extremism.

The European Union warned Israel against imposing “collective punishment” on the 1.5 million Palestinians in the coastal strip.

“We understand the distress that is caused in Israel by the continuing rocket attacks from Gaza,” Benita Ferrero-Waldner, the EU’s commissioner for external relations, said after her meeting with Ehud Olmert, the Israeli prime minister, in Jerusalem.

But she told Reuters the new sanctions “will have very grave consequences for the life of the local population” and serve to bolster Hamas and other militant groups. “There should not be collective punishment,” she added.

“Israel is continuing to maintain the flow of humanitarian support for the Palestinian people in Gaza – foodstuffs, medicine, and energy,” Mark Regev, a spokesman for the foreign ministry said.

“We do not see the Palestinian people as our enemy.

“What we are trying to do is find ways to protect our people from these daily attacks of deadly rockets against Israel.” 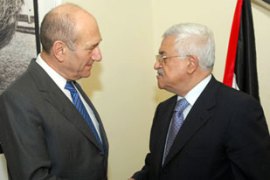 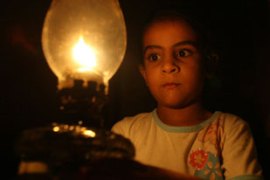