Turkey has continued to bomb Kurdish rebel positions in the east of the country.

The air raids against fighters from the Kurdistan Workers Party (PKK) came as the country celebrated its national day with a large public display of military firepower.

One soldier was killed during the operation in southeast Turkey on Monday, Turkish broadcasters reported.

Another soldier was killed in the province of Tunceli province, hundreds of kilometres from the border with Iraq in an explosion triggered by a landmine, a weapon commonly used by the PKK.

Witnesses said they saw helicopters firing rockets at suspected PKK positions in the mountains in Turkey’s border province of Sirnak on Monday.

Turkey has deployed up to 100,000 troops, backed by tanks, artillery, aircraft and combat helicopters, along the frontier in preparation for a possible large-scale incursion to pursue an estimated 3,000 PKK fighters who use the region as a base.

The White House said it was pressing Turkey and Iraq to continue talks aimed at preventing a cross-border operation.

On Sunday, army sources said 20 PKK fighters had been killed in the Tunceli campaign.

Elsewhere in the Turkish capital Ankara on Monday there were large military parades before Abdullah Gul, the Turkish president, Tayyip Erdogan, the prime minister and senior generals in a display designed to stress Turkish unity and resolve.

Turkey has the second biggest armed forces in Nato.

Turkish nationalist feeling has been rising since the deaths of the 12 soldiers, whose funerals last week turned into huge anti-PKK rallies that have greatly increased pressure on Erdogan’s government to send troops into northern Iraq.

“With the news of … dead soldiers, it is more important to celebrate today than ever. We need to show today we are against the PKK and terror attacks. If we were afraid of them we would not be here,” Reyhan Turan, a 24-year-old student, said at the Istanbul rally.

“My brother is a soldier and I am very worried for him and the others.

The US and Iraqi governments have urged Ankara to refrain from major military action in mainly Kurdish northern Iraq, fearing this would destabilise the wider region.

Talks between Turkish and Iraqi representatives aimed at stopping the PKK from using northern Iraq as a base to attack Turkey and averting a potential cross-border operation broke down on Friday after Ankara rejected a series of Iraqi proposals. 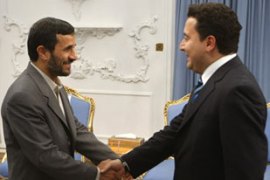 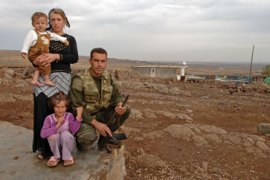 With no formal homeland, many live in the border areas of Turkey and Iraq. 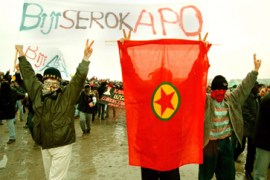 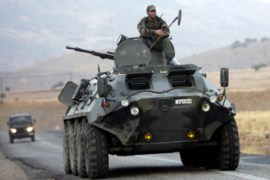