“The surgical procedure itself is planned to take place in the coming months. I will be fit and fully up to my duties before the procedure and within a few hours of its conclusion.”
He said that although he was not required by law to disclose his medical condition, “the Israeli public have the right to know”.
David Chater, Al Jazeera’s correspondent in Jerusalem, said: “It appears that he wants to continue with business as usual.”
“He [Olmert] says he does not have to step down, but under Israeli law, if he does undergo a general anaesthetic, he will have to hand over his powers at that time to his deputy, which is Tzipi Livni,” said Chater.
“But that is still some time in the future.”
‘Indestructible’
Olmert is engaged in US-sponsored talks with Mahmoud Abbas, the Palestinian president, seeking a common position on a Palestinian state ahead of a peace conference expected in the US later this year.
The Israeli president faces opposition within his own broad coalition cabinet to making territorial and other concessions and many observers question whether he has the political capital to implement any settlement that might be negotiated.
Olmert has been dogged by criticism and talk of scandal for much of the 21 months since he took over the premiership from Ariel Sharon after the former leader was incapacitated by a stroke.
A lawyer and former mayor of Jerusalem, he is also fighting a series of police investigations into allegations of corruption while he was in previous posts. He denies all wrongdoing.
“I am indestructible,” he was quoted as saying in April.
Source : News Agencies 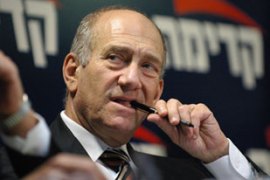 Investigation to look into appointments made by him when he was trade minister. 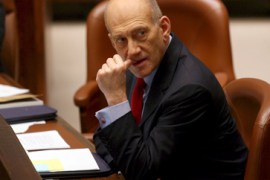 Israeli PM investigated over the privatisation of the country’s second-largest bank. 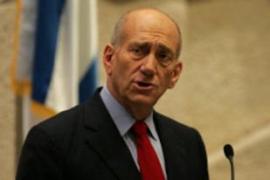