Al Jazeera asks the people of Buenos Aires, Argentina’s capital city, who they will vote for on Sunday and why.

I’m voting for Cristina because I work in tourism and she’s going to keep the government’s strong dollar policy, which is good for tourism.

But if I lived in one of the provinces like San Juan or Cordoba, Cristina would be the worst option.

I’m voting for her only because it’s good for my pocketbook.

But for most people it would be better if Lavagna wins.

I’m going to vote for Elisa Carrio. I’m part of her movement and I’m voting for her because this movement is about peace and this is a country that’s suffered a lot of violence.

It’s important that Cristina is a woman and is very engaged in politics. But I think her leadership style is absolutely patriarchal and she wants all the power for herself.

I’m voting for Carrio because her style is more open and pluralistic.

First woman: I’m torn between Lavagna and Carrio. I never thought I’d vote for Carrio but because I want to support the opposition I’ll probably vote for her.

Second woman: I’ll surely vote for Lavagna, not for Cristina.

First woman: I think the Kirchners are not making a big deal of the campaign because they don’t want people to think much about it and then vote against Cristina.

They say the country is moving forward but there is a lot of poverty and inflation is much worse than they say it is. At this rate, we’re going to return to the crisis we had in 2001.

I’m voting for Cristina because she’s the only person who raised pensions. Nobody else has ever raised old people’s pensions before.

I’m voting for Lopez Murphy because I think he’s an honest and straight forward person whose intentions are good.

Cristina is running for president only because of her husband. She wasn’t elected to represent her party. There were no primaries for any candidates. This is a very unusual presidential election. There have been no debates and no policy proposals. I don’t like Senator Kirchner or her husband.

I’m still not sure who I’m going to vote for. The government’s statements on inflation don’t match reality. On the other hand, the economic situation has improved thanks to this government, so that’s why I’m undecided.

I think Cristina is a person full of contradictions. She pays attention to foreign policy but doesn’t pay attention to domestic issues. 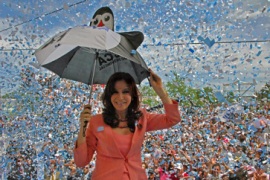 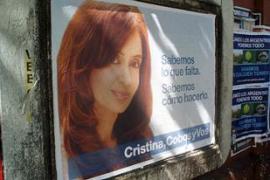 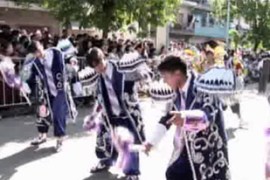 A country that considers itself European, welcomes South American immigrants. 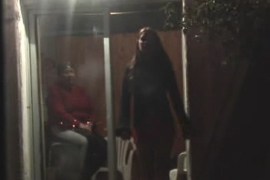