‘Financial network’
Alfonso Insulza, prosecutor, said: “I will appeal, because in my view we witness here at work a financial network and illicit association that was formed with the purpose of making the Pinochet financial patrimony grow.”
The ruling did not cover Augusto Pinochet Hiriart, one of Pinochet’s two sons, because he did not join his family in filing an appeal.
His case, legal experts said, is now under review and will be decided in coming days.
The family of Pinochet had been accused of plotting with aides to send almost $20m in public funds abroad.
The court said: “It does not appear that the accused had knowledge and the criminal desire to take public funds.”
Family’s response
Pinochet’s family said the charges laid down by judge Carlos Cerda were baseless.
Responding to Friday’s ruling, Lucia Pinochet, Pinochet’s eldest daughter, said: “I think justice has prevailed. Everyone knows that if you’re not a public official, you can’t be tried for embezzlement of public funds.”
Fernando Rabat, one of Lucia Hiriart’s, Pinochet’s widow, lawyers, said Cerda’s charges “did not square with the law.”
During his life, Pinochet was accused of allegedly secreting away more than $25m with the help of the Washington-based Riggs Bank.
Senate probe
The case came to light in 2004 when a US senate probe found hundreds of accounts controlled by Pinochet and his relatives at the bank.
Pinochet, whose rule was marked by the torture and deaths of thousands of people, died in December at the age of 91 after suffering a heart attack.
He was under house arrest at the time.
His death ended years of efforts to bring him to justice for the killings of dissidents and the alleged embezzlement of state funds.
He avoided prosecution as his lawyers argued dementia hindered his ability to defend himself.
Source : News Agencies 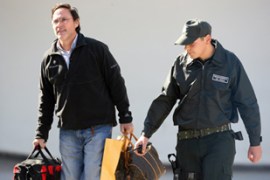 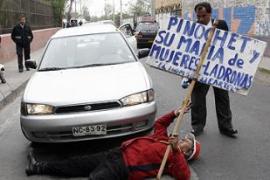 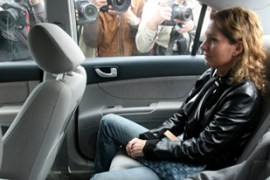 Arrests come after judge charges them and six retired generals in embezzlement case.