When asked if the government would attempt to retry the case against what was once the largest Muslim charity in the US, the lead prosecutor said “yes”, but would not comment further because of a gag order.
Al Jazeera’s Kristen Saloomey, speaking from outside the court house in Dallas, said: “To the Muslim community this is a very important case because all of their charities have been shut down and millions of dollars that was supposed to go to help the needy in the Palestinian territories are now being held by the government.”
She said: “Many Muslims feel that the community has been tainted and labelled guilty by association because so many mainstream groups and individuals were associated with this charity.”
Trial abandoned
The mistrial came about an hour after a confusing scene in the courtroom.

Three former leaders of the group were initially found not guilty of most counts, but when jurors were polled, three of them said those verdicts were read incorrectly.

The jury were sent back to agree on their verdict and after about an hour of deliberation, Fish said he received a note from the jury saying 11 of the 12 felt they could not reach a unanimous decision.
The jury forewoman said she was surprised by the three jurors’ actions.
“When we voted, there was no issue in the vote,” she said.
“No one spoke up any different. I really don’t understand where it is coming from.”
Two months of testimony
In all, five former leaders of the charity and the Holy Land Foundation itself had been accused of providing aid to groups including Hamas, which runs the Gaza Strip and has been designated a “terrorist group” by the US government.
Hamas won parliamentary elections in January 2006, overturning the rule of Fatah, and is popular among many Palestinians in Gaza and the West Bank for its provision of welfare and social services.
Mohammed El-Mezain, the former chairman of the Holy Land Foundation for Relief and Development, was acquitted of most of the charges against him, while the cases for two defendants, initially found not guilty along with El-Mezain, ended in mistrial.
The jurors did not reach verdicts on charges against the foundation itself or Shukri Abu Baker, the charity’s former chief executive, and Ghassan Elashi, the former chairman, resulting in mistrials for them too.
Jurors had heard two months of testimony, mostly from FBI and Israeli agents who described thousands of pages of documents and hours of videotapes seized from the Holy Land Foundation.
They also heard from former associates of the group and from Palestinian charities that received money from the foundation.
Prosecutors said Hamas controlled the charities that received the funds, but defence lawyers argued none of the Palestinian charities aided by the foundation were ever designated “terrorist” by the US government.
Source : Al Jazeera, News Agencies 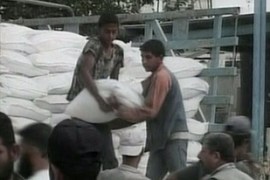 US Muslim charity goes on trial 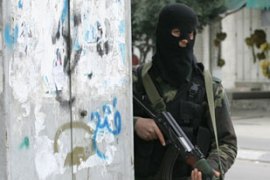 US imam jailed for supporting Hamas