BP will pay up $303m in civil and criminal penalties for attempting to corner the US propane market in 2004, the largest fine ever handed down by the Commodity Futures Trading Commission.
In addition, the British oil giant will pay a $50m criminal fine for the massive 2005 explosion at its Texas City refinery – the deadliest US industrial accident in more than a decade – that killed 15 people and injured more than 170.
Biggest penalty ever
BP agreed to plead guilty to one felony violation of the Federal Clean Air act and will face the biggest penalty ever levied under the act for the refinery explosion, the US justice department said on Thursday.
The company has already given $1.6bn to victims of the explosion and has resolved over 1,600 personal injury claims. Ongoing civil cases could push the payment higher.
BP will also pay $20m in criminal fines and restitution to Alaska to resolve criminal liability for a pipeline spill at its Prudhoe Bay oilfield in Alaska in 2006.
Closing the gap
“There was clearly a gap between their green advertising and the way some of their plants were managed. Hopefully this will close the gap,” said Eric Schaeffer, a former Environmental Protection Agency official who negotiated deals with BP in the past.
BP will also have its US trading operations watched by an independent monitor for three years. The top North American propane supplier made the concession in a “deferred prosecution agreement” with the government.
In return, the government agreed to end criminal probes related to propane, petrol, crude and other commodity trade.
A Chicago federal grand jury on Thursday indicted four former BP employees of conspiring to corner the propane market.
Source: News Agencies 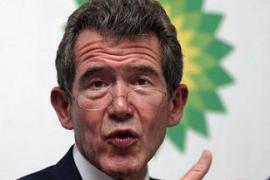