He was also found guilty of refusing to obey an order and behaviour unbecoming an officer for his relationship with an Iraqi woman interpreter.
Afghan photo
Captain Michael Rizzotti, prosecuting, told the court on Friday that nearly 12,000 secret documents had been found in a search of Steele’s living quarters.
“[They were] documents that if [they had] fallen into the wrong hands could be used to the injury of the United States or the advantage of a foreign nation,” Rizzotti said.
Much of the trial was held in closed session because of the sensitive nature of the documents.
One, however, was revealed to contain aerial photographs of Kandahar airbase and Bagram airfield in Afghanistan.
Steele’s case is the latest in a string of scandals to hit the US military prison system since its 2003 invasion of Iraq.
In 2004, pictures of the abuse of detainees at the Abu Ghraib prison west of Baghdad shocked the world.
Source: News Agencies 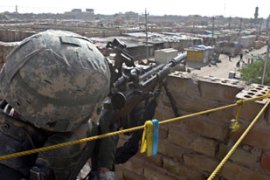 US soldier guilty of beating Iraqi

US sergeant convicted for assaulting an Iraqi detainee with a baseball bat. 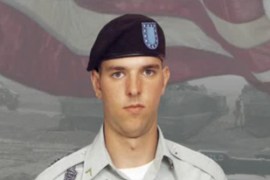 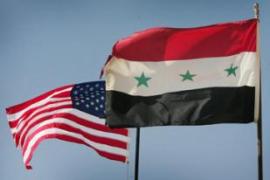 US soldier guilty of Iraq murders

Private faces life in jail for rape and murder of girl and killing her family.