The deployment will tackle the banned group Tahreek Nifaz-e-Shariat Mohammadi (TNSM), purported to have close ties to the Taliban in North West Frontier Province bordering Afghanistan.

Four paramilitary soldiers were injured late on Tuesday when a roadside bomb ripped through their convoy at Chakdara town in Swat, Arshad said, adding that seven suspects had been detained.

The army said the deployment would curb the activities of Maulana Fazlullah, leader of the TNSM, who reportedly has used radio broadcasts calling on people to fight against the Pakistani authorities.

The authorities have accused Fazlullah of links to Islamabad‘s Red Mosque, which was attacked by army commandos in July in an operation that left more than 100 people dead.

Pervez Musharraf, Pakistan‘s president, banned the TNSM in 2002 after it sent more than 10,000 volunteers to fight in Afghanistan against US forces which had invaded the country to overthrow the Taliban government.

Hundreds of Taliban fighters have since fled over the border into Pakistan‘s nearby tribal areas where they are said to be re- grouping.

About 90,000 Pakistani troops are deployed in the tribal zones where they have been fighting against al-Qaeda loyalists and groups supportive of the Taliban. 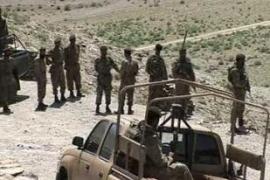 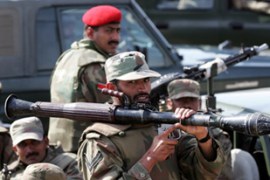 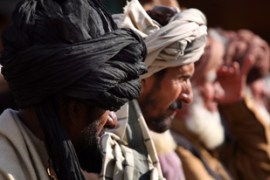