Robert Gates, the US defence secretary, used the opening session of the two-day meeting in the coastal resort of Noordwijk, to urge other allies to send more troops in the southern part of the country where troops from the US, Canada and Britain are taking the lead.

Nato commanders also pressed for allies to provide  more teams of training experts to be embedded with Afghan army units.

Allied generals see such units as vital for preparing Afghan forces to take the lead in security operations, eventually allowing Nato to start sending soldiers home.
Gates’ call for more troops was backed by the meeting’s host.
Eimert van Middelkoop, the Dutch defence minister, said: “There is no free ride to peace and security.”

“Fair risk and burden sharing has to be a leading principle for Nato.”

Diplomats said nine of the 26 Nato nations had made new troop offers which are likely to be confirmed next month during a meeting at Nato’s military headquarters in southern Belgium.

They include a pledge from Slovakia to double its contribution to 111 troops, some of whom are expected to serve alongside the Dutch, in the southern province of Uruzgan.
Georgia  – which is not in Nato – is reportedly considering sending 200 troops to help the Dutch, while the Czech Republic is expected to almost double its 225 troops in Afghanistan.
Under strength
Nato commanders have complained that the International Security Assistance Force (Isaf)  in Afghanistan is about 10 per cent under strength, with helicopters, airlift capability and manpower shortages particularly acute.

Nato members have complained that they are overstretched due to other commitments, including Iraq, Kosovo and Lebanon.

Al Jazeera’s Hamish McDonald in Kabul said that heavy casualties among troops from Canada and the Netherlands were turning public opinion against continued deployment in Afghanistan.

“Clearly if these kind of attacks continue the Taliban knows that they can inflict fairly heavy psychological damage on those militaries, and also the countries where those forces come from, and potentially force withdrawals,” he said.

However, the Nato secretary-general has said the need for reinforcements is greater than ever during what he called the “most difficult phase” in Afghanistan.

“If we do not prevail, consequences for the public in Europe will be dire,” he said. 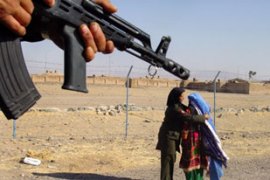 Claims of civilian casualties being investigated after bombing west of Kabul. 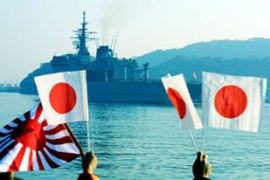 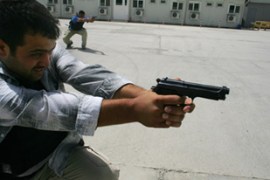