Staggered reduction
Israel currently supplies about 60 per cent of Gaza’s electricity needs, but it was not immediately clear when the decision would take effect.
The military officials, speaking on condition of anonymity, said electricity would initially be cut for 15 minutes, then by half an hour, and then by an increase in time each day as long as rocket attacks against Israel continued.
Vilnai said the proposal calls for Israel not to cut off the power supply to hospitals and other vital installations in an effort to avoid a humanitarian crisis.
Rocket attacks on southern Israel have killed 12 people in the past six years.
In September, the cabinet of Ehud Olmert, Israel’s prime minister, declared the Gaza strip, where 1.4 million Palestinians live, as a “hostile entity”, clearing legal hurdles for a possible cut off of electricity.
Missile awareness
Meanwhile, Israel is to launch a public awareness campaign in the coming days focused on telling people what to do in the event of missile attacks, the Israeli army said on Wednesday.

Citing “lessons learned” from the 2006 Lebanon war, in which Hezbollah fired more than 4,000 rockets at northern Israel, the army said it was now focused on preparing people in advance of actual conflicts.

An army spokesman said: “The home front command has established a new method of raising awareness based on an information campaign to prepare the population to face emergency situations.”
Israel’s Yediot Aharonot newspaper said that the army would soon begin distributing recommendations to municipalities, including advice related to non-conventional attacks.
“We have no concrete information about an imminent chemical attack, but it is worth taking advantage of a period of calm to prepare for it,” the paper quoted an army circular as saying.
The paper said recommendations included stocking up on canned food, water, radios, batteries and plastic sheets and tape to cover windows and doors in case of an attack involving chemical weapons.
Israeli inquiries into the country’s conduct during the 2006 Lebanon war heavily criticised the country’s defence establishment for failing to protect civilians.
During the 34-day conflict, rocket attacks forced a million residents to flee southwards, paralysing the north and catching the country’s public shelters system unawares.
In Israel, both the government and army are responsible for providing services to civilians in time of war, from the maintenance of public shelters to rescue, medical and basic administrative services.
Source : Al Jazeera 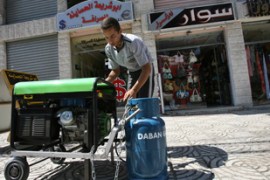 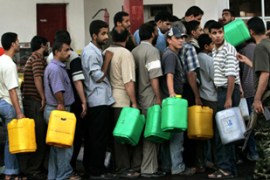 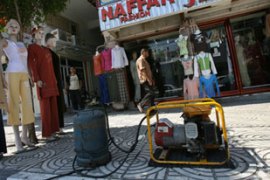