The worst drought in 100 years has decimated Australia’s wheat harvest, reducing output by a quarter.

Mark Hoskinson, the third generation in a farming family to work this land, hopes his son will be the fourth.

But six consecutive years of drought may force a change of plans.

“It should normally be waist-high this time of year and fairly thick but… heads have been produced but very little if anything in them. It’d be worthless to even try and harvest that crop.”

He added: “Next year will be me last. I think we’ll just have to walk away if we don’t get something next year. And that’d be a tough decision to have to make.”

When heavy rain swamped the east coast in June, most Australians assumed the drought was over. 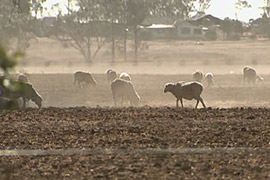 Swollen rivers and stranded ships dominated the news for weeks.

But huge areas inland missed out.

In a cruel twist of fate, Hoskinson’s farm received enough rain to give him hope to plant a winter crop.

“So it just gradually got worse and worse, and no matter how much praying we did we couldn’t get it to rain.”

Many more farmers around here are suffering the same fate.

All they can do is let their hungry sheep in to eat what should have been a bumper crop.

But for the first time it also includes an incentive payment for the most debt-ridden farmers to actually leave the land and find another job. 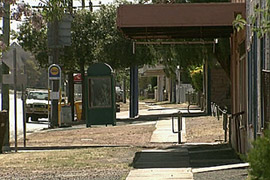 Only a small percentage of farmers will be eligible for the $135,000 exit payment, and it is not easy to get.

First they have to find someone to buy their farm and then they have to deal with the stress and feeling of failure that has led to an increase in rural suicides.

Leaving the land also affects the small towns nearby, such as Ungarie, which now resembles a ghost town.

The shops here have all closed in the past year along with the local pub, the Town and Country tavern.

Anthony Archibald, a butcher in Ungarie, said: “When farmers have got no money they don’t shop. They stay at home.

“They seem to probably kill their own produce and live off that.”

Archibald says he is not sure what the future will hold with barely enough customers to even pay the electricity bill. 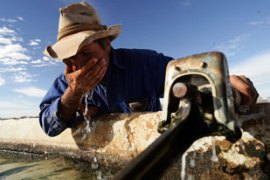 Prime minister says water to farmland might be cut to ease the water shortage. 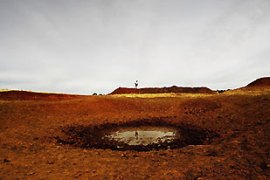 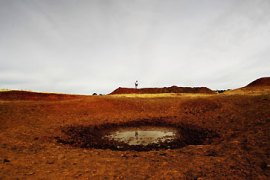 Years of drought bring ruin to rural communities and drive some to suicide.