Saiki said the UN mission believed Makasi should be eligible for Monuc’s demobilisation and repatriation programme for ex-combatants who turned themselves in, meaning he should be sent back to Uganda.

“There was a request from Monuc that he be handed over for DDRRR [disarmament, demobilisation, repatriation, resettlement and reintegration] … there has been no response so far from the Congolese,” he said.

Revising an earlier statement he gave which said Makasi had surrendered to UN peacekeepers, Saiki said the LRA officer had given himself up to Congolese police at Dungu in Congo’s northern Orientale province, which borders Sudan.

“He was supposed to be handed over to Monuc,” the UN spokesman said, adding Makasi was being held by the Congolese authorities.

Makasi is not one of the four senior LRA commanders indicted by the International Criminal Court in The Hague for crimes such as killing civilians, slicing body parts off victims and kidnapping thousands of children to serve as fighters and sex slaves.

Those four, including LRA leader and self-proclaimed mystic Joseph Kony and his deputy Vincent Otti, remain at large.

In northern Uganda, one of Makasi’s uncles told local media he was overjoyed his nephew had made the “wise decision” to abandon the rebellion, and called for him to receive government protection so he could return to his family.

A Ugandan army spokesman said the military was pleased with his surrender, but that it did not change the threat the LRA still posed to residents in the north.

“For us, a peace accord is more important,” he said.

The cessation of hostilities the LRA signed with the government last year has been largely respected, but the armed group has said it would not sign a final peace deal until the ICC drops the indictments against its leaders. 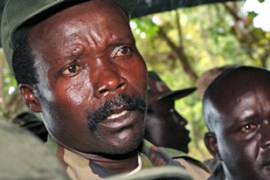 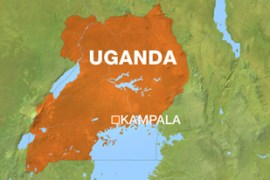 Lord’s Resistance Army set to return to talks but only with security assurances. 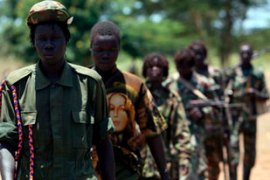