Janan also said that eleven of the family’s neighbours were wounded in the air raid in the town of Jalrez, 30km west of the capital.

“As of this moment we don’t have reports of civilian casualties,” Major Charles Anthony, Isaf spokesman, said.

He said about 50 “anti-government militants” were trying to set up an ambush before fighter aircraft dropped two bombs on their position on Monday.

Anthony said soldiers had been on the ground to guide the bombs to their targets. He said Isaf had “no evidence” that the bombs hit a housing compound.

A US-funded survey meanwhile said that Afghans feel that security has deteriorated since last year and is the biggest problem facing the country.

Afghanistan is experiencing its worst bout of violence since the Taliban were removed from power in a US-led invasion in 2001.

About 46 per cent of adults identified the ongoing violence, which has killed a reported 5,200 people since the start of the year, as Afghanistan’s main problem, while 29 per cent said it was unemployment.

“In the 2006 survey, it was unemployment first, followed by security and corruption, and this time around it is security first followed by unemployment and poor economy,” the Asia Foundation said in the survey funded by the US agency for international development.

“This further underlines the deterioration in security in the eyes of the common Afghans.”

However, despite concerns about the rise in violence, many people thought Afghanistan was heading in the right direction and that life had improved since the Taliban’s rule in the 1990s.

About 80 per cent of the more than 6,000 respondents also said that they had confidence in the Afghanistan’s national army and the country’s police force.

The survey was conducted in all of Aghanistan’s 34 provinces and was the largest comprehensive opinion poll ever conducted in the country. 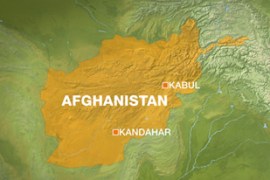 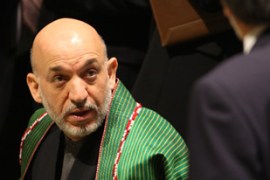 Battles rage as Karzai prepares to discuss Afghan violence with the White House. 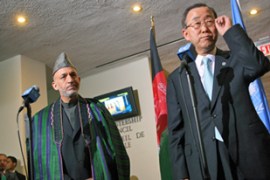 Karzai says efforts are under way to bring Taliban members back to the fold.