South Africa will take on defending champions England in the rugby world cup final in Paris on Saturday and are favourites to win the game and secure their second world title.

There is hope that the success of the Springboks will help speed up the transformation of a sport that is still viewed by many as a white sport. Much has changed in the 12 years since the Springboks last lifted the trophy, as Al Jazeera’s Haru Mutasa reports.

South Africa last won the world cup in 1995 and Nelson Mandela, the country’s former president and human rights activist, sent out a message of support wearing the Springbok jersey.

On Friday, Mandela reinforced this message, saying: “We are powerfully reminded of that historic day in 1995. We not only won the Rugby World Cup, but more importantly we were one nation united behind our victorious team.”

Some politicians believe the only way to change the stereotype of rugby being associated as a mainly white sport, is to reserve places for non-white players.

But the rising star of the national team disagrees with a quota system.

“Every person from an ethnic group wants to have their equal chance to represent their country so that could be a little unfair on, not only a black person, but on a person who has talent and is shunned away because there is a person of ethnic colour that is better than him,” Bryan Habana, South Africa player, told Al Jazeera.

Habana attended a prestigious government school in the South African city of Johannesburg where everything was done to nurture his sporting talent.

For a group of young players in Soweto, role models such as Habana give them hope that they can one day play for their country’s national rugby team.

Habana has made quite an impression on young rugby hopefuls as they tell Al Jazeera during a friendly tussle.

“He’s an awesome player, I think he is an inspiration to all the players in South Africa,” one young fan said.

However, it will not be easy for these young rugby enthusiasts to follow in their hero’s footsteps.

Rugby is being played more and more in South Africa‘s townships among high school players. But when they leave high school, few are able to nurture their talent due to a lack of facilities and structure.

Many South Africans feel the government should set up development programmes in poorer communities to encourage the sport, so that players with good chances are able to practice the sport professionally. 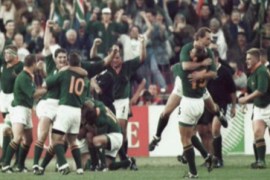 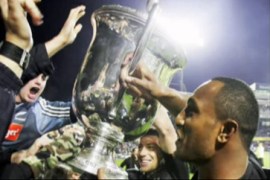 Sportsworld visits France, the hosts of the 2007 Rugby World Cup.