Also on Sunday, an Israeli air strike killed at least one Palestinian and injured three others in the northern Gaza Strip, Hamas said.
An Israeli army spokesperson confirmed the attack, saying “the attack targeted a group of terrorists placing an explosive device near the security barrier”, referring to the separation wall snaking across much of the Palestinian territories.
No anaesthetic
Exacerbating the injuries sustained in the violence, Gaza’s main hospital said on Sunday it had run out of anaesthetic for surgeries and cancelled all but the most critical procedures, due to an Israeli blockade of its borders.

The Shifa hospital had been using emergency reserves of nitrous oxide, or laughing gas, for the past two weeks, and placed an order for fresh supplies, but stocks ran out on Sunday morning, Walid Mahalawi, a hospital spokesman, said.

Israel has severely restricted the flow of cargo and people through Gaza’s crossings since Hamas took control of the coastal strip.
Mahmoud Daher of the World Health Organisation in Gaza said the cause of the nitrous oxide shortage was that Israeli suppliers would not ship fresh gas cylinders without receiving empty ones in exchange.
Colonel Nir Press, an Israeli military official, said the request for new supplies was received only on Sunday afternoon, and that more gas would be delivered on Monday.
Source : News Agencies

Two Palestinian lifeguards are killed off the coast of Gaza. 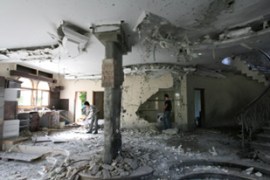 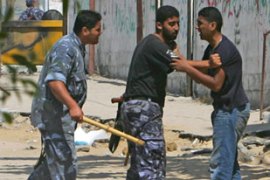