The Congress party of Manmohan Singh, the prime minister, appeared to buckle last week under opposition from its leftist allies, who had  threatened to withdraw their support and force early elections if the pact went ahead.

The prime minister has argued the accord, which would bring India into the loop of global atomic energy commerce, would help meet the future energy needs of an economy steaming along with an annual growth rate of nine per cent.

But the communists say the deal, which would involve India being subjected to more international safeguards including inspections, could harm the country’s nuclear weapons programme.

They are also opposed to closer political and strategic ties with Washington.

Last week Singh told George Bush, the US president, that New Delhi was having trouble implementing the deal due to leftist opposition, and went on to admit that “one has to take certain disappointments”.

But Singh said he was still hopeful of a compromise over the pact. 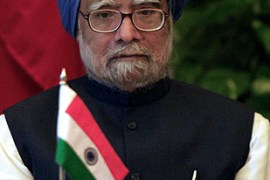 India doubtful of US nuclear pact