Earlier in its campaign, the SVP caused uproar with a poster depicting a black sheep being kicked out of the country by white sheep.
The party has campaigned for the expulsion of foreign criminals, and cast a similar tone with controversial video games on its website.
The United Nations expert on racism called for the poster to be withdrawn.
Anger spilled over into a riot during an SVP rally in Bern on October 6 when police clashed with demonstrators.
The virulent campaigning prompted Doris Leuthard, the Swiss economy minister, a Christian Democrat, to warn that it could frighten away foreign investors.
Earlier this week, Christoph Blocher, the country’s justice minister and the architect of the SVP’s shift to the right, again signalled that he would like the socialists thrown out of government.
Little change
Despite the controversy, opinion polls have indicated little major change in the levels of support for the four leading parties who have dominated the government for the past 48 years.

The last opinion poll for Swiss television on October 10 indicated that the SVP was set to win 27.3 per cent, just 0.6 per cent above its score in the 2003 election.

The poll showed the Social Democratic Party falling to 21.7 per cent, against 23.3 per cent in 2003, with the Christian Democrats and the weakening pro-business Radical Party nearly level at just over 15 per cent each.
First results in the vote for the 200 lower parliament National Council seats and 43 of the 46 senate seats were due on Sunday.
Green gains
There could be increased support for the Green Party, which could become the first of the smaller parties to break through the ten per cent barrier and gain a foothold in the senate for the first time.
Battered by a growing number of landslides and floods, and with winter resorts facing snow shortages, the Swiss have opened the door to an increasingly moderate Green movement by placing climate change at the top of their election agenda along with immigration.
Hans Hirter, a political scientist, said: “If there was more unemployment or an economic crisis, then we wouldn’t be talking about the climate so much.”
The new parliament is due to elect the executive Federal Council’s seven ministers on December 12, but analysts see little prospect of a shift in the balance of power if the pre-election polls are confirmed.
Hirter said: “There are small things which are just nuances, but they won’t change the relationship in different areas of policy.”
Source: News Agencies 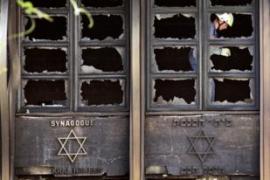 Police say they are considering every line of inquiry into cause of Geneva blaze. 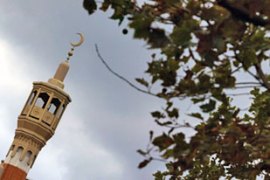 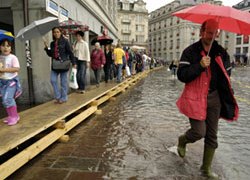