The elections are seen as vital to resolving an 11-month-old crisis that has pitted the anti-Syrian ruling majority against the pro-Syrian opposition.

“Nothing will take place on Tuesday simply because we want to give negotiations a chance,” Henri Helou, a deputy from the ruling March 14 coalition, said, referring to the forthcoming  parliamentary session.
“We have to wait a bit but for sure there will be no session on Tuesday.”
Helou and several others said parliament speaker Nabih Berri, a leading member of the Hezbollah-led opposition, would probably postpone the session to November 6 or 7 to allow negotiations to bear fruit.

Against this backdrop of uncertainty, the foreign ministers of France, Italy and Spain met on Saturday the country’s political leaders in an effort to break the long-running deadlock.

They also met Cardinal Nasrallah Sfeir, the leader of the Maronite Christian community, besides various other figures.

Kouchner said: “This evening we met the political leaders of all the major parties to which we repeated the message that we didn’t come here to discuss names.

“We would like to see a consensus candidate or the name of one or more candidates submitted to parliament.”

The ministers also visited their respective UN peacekeeping contingents in south Lebanon, which are part of a Unifil force expanded last year as part of a UN Security Council resolution.

Unifil has been a target of attacks, one of which killed six Spanish troops in June.

D’Alema referred to the attacks, saying no one should even think of carrying them out.

“There is a terrorist threat in south Lebanon as well, but … I tell you that we are here to do our work and no one should even think of threatening the international forces that are in Lebanon,” he said.

“If there are some terrorists who are thinking of this, then they are wrong … We rule out the possibility of any terrorist act and no one should think that the international forces will leave Lebanon.” 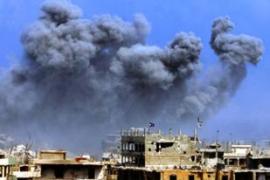 The army has allowed 400 families to return to a part of the Nahr el-Bared camp.

The army has allowed 400 families to return to a part of the Nahr el-Bared camp. 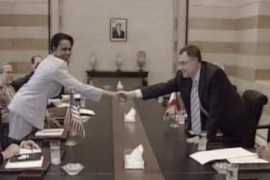 Can the Lebanese choose their next president without foreign influence? 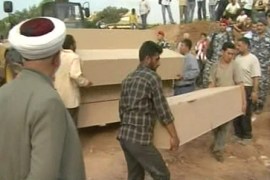